Asinduru seems shy at first. Her words begin slowly. She sits with her elbows resting on the wood school desk, her hands stacked one on top of the other. Her head is slightly tilted. Like a train heading downhill, she quickly picks up speed. Her words start coming fast. For a few moments, she seems a bit frantic, as though she may run out of time or forget nuggets and details of her story she needs to include. As she continues to speak, her body becomes more animated. Like most of the girls at school, her hair is cut short and close to her head for easy maintenance. It is when she leans in and smiles broadly, you get a glimpse of her beauty and steely determination.

Asinduru describes her father in a detached way, as if she is standing from a distance. She says he married “many women.” She thinks there are at least twenty children who are her siblings. Her father died when she was in primary school and her memories of him are vague. As a young girl, she remembers long days selling greens and vegetables in the market. She desperately wanted to attend school, but her mother had no education, and her mother was powerless to advocate for her. The men in her family, especially her uncles, were pushing her mother to hire her out for labor or “marry her off.” She says she wanted to learn English and try for a better life. Even at a young age, it was clear to her that the females in her family were not doing well. As children, the girls were only valued for their potential economic benefit.

“I never lost hope. I knew I wanted to make a future.” 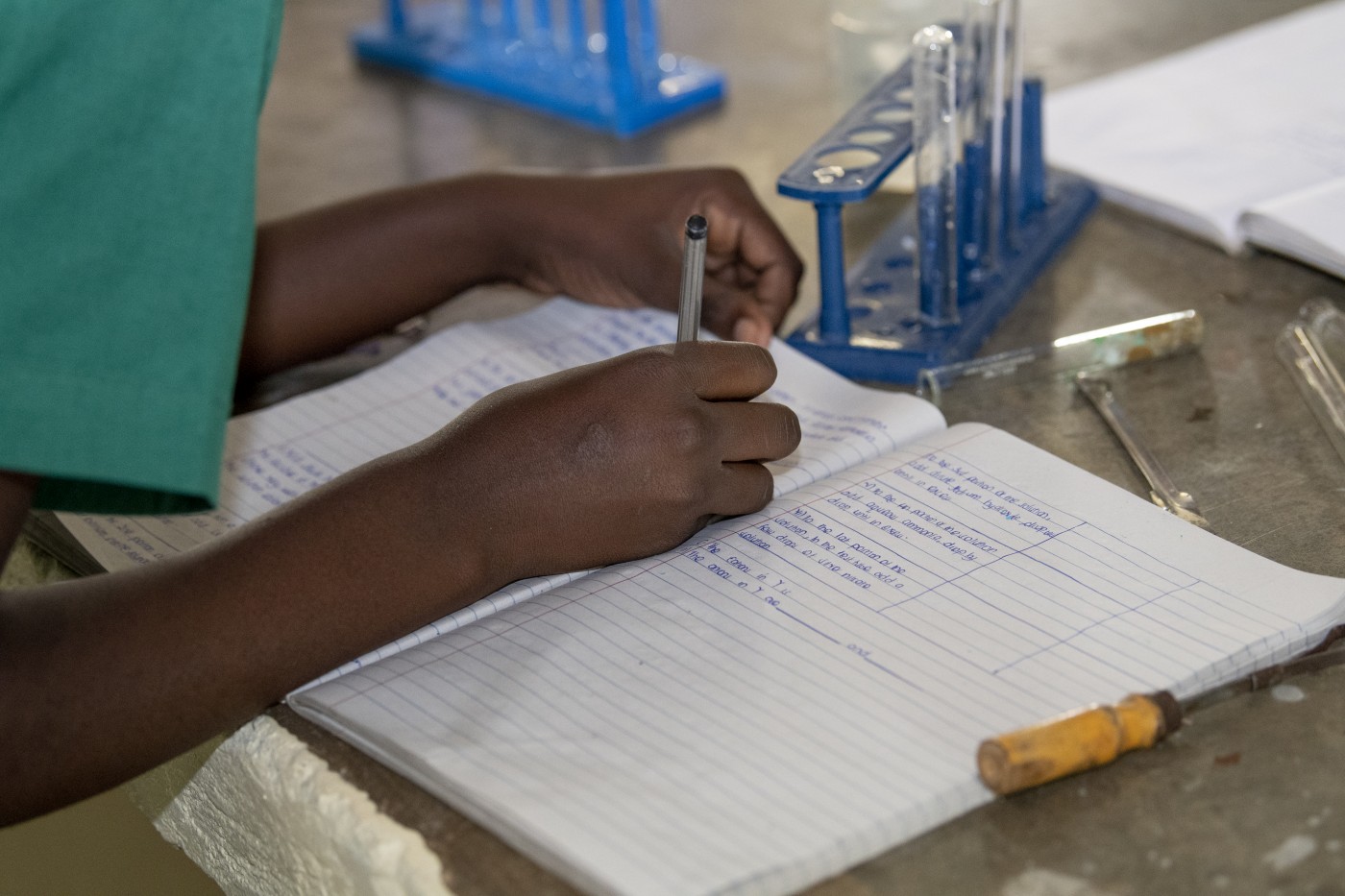 She had an aunt who advocated for her. Someone who understood her hopes. Asinduru’s eyes well up and tears slide down her cheeks as she describes her “auntie who didn’t give up” on Asinduru’s dream of an education. She says not one man in her family would stand up for her or cared about her. Her aunt worked diligently to connect her with the WCF Mama Kevina school. Asinduru says she also continued to fight for herself and plead to leave her village and attend school in Tororo. Finally, she says she convinced the family members who controlled her to let her go. She says the WCF Mama Kevina school is the best part of her life story. When school is out for holiday each January, she stays on campus and enjoys tending to the garden, pitching in and helping with washing and cooking, and knitting. The WCF Mama Kevina school is the place she calls home.

“Life has been very hard, but I keep on having hope.”

She says she ultimately wants to do something with her life to serve others. “I thank all of you people for all the life-changing help you have given me,” she says.